Hello! Long time no blog! I thought I'd show you guys the process for the latest illustration I have completed. For those of you who follow me on instagram you may have come along for the journey of the Louis Vuitton pencil illustration that I completed last month. So hers’s The story.
In around February or March an article popped up from HYPEBEAST about the latest drop from Louis Vuitton: a monogrammed leather colour pencil roll! Actually the most me thing I’ve ever seen. Shortly thereafter friends started sending me links to more articles about it saying: ‘look! Can you believe this exists!?’ and ‘You need this in your life!’ also ‘You have to get this!’. I was in total agreeance, so I decided that the earnings from my next private commission would go towards this very indulgent luxury collectors piece. It was decided. Luckily I work on the same street as Louis Vuitton in Perth and even more luckily I have friends who work there, so I popped in on my lunch break one day in May. I had to order the pencil roll in as it is a rare and limited edition piece and I also had to put down a 100% deposit. Eeeek! But a week later it arrived, and, as I was meeting up with friends after work that day it came to the pub with me and got passed around to a chorus of ooohss and ahhhhs. I’d made a great choice :) Then I was faced with the decision of ever using the pencils. I was informed upon purchase that there were no refills (much like my beloved Anya Hindmarch diffuser in the scent ‘Pencil Shavings’, what’s with all these pencil and pencil related products that don’t do refills!?). The only way I could conceive of making the most of these pencils was to create a big illustration of something Louis Vuitton related. I was completely obsessed with the last show they staged, and especially the last few looks from that collection. The cruise 2020 show was held at the TWA Flight Centre in New York, originally designed by Finnish-American architect Eero Saarinen and completed in 1962. Wonderful video of the show by the one one only fashion documentary maker Loïc Prigent here. Being a long time follower of Corey Tenold’s beautiful backstage photography, a Vogue article popped up showcasing his atmospheric shots from the show. I knew I had to draw one.
So to start the fashion illustration I used an A2 (42 x 59.5cm) piece of Archers watercolor paper (smooth, 300gsm, $115 for 15 sheets) and measured up the composition of the photo by eye (not recommended, use a ruler, really) in 2B lead pencil. Then using a witnessed C.J Hendry technique, I taped photocopy paper around the rest of the page that I would not be colouring. I used  Scotch Blue Painter’s Tape from Jackson’s Drawing Supplies, it won’t tear the surface you’re working on AND the whole point of the exercise is to protect those covered outer edges from the excess that comes off the pencils and smudges from your drawing hand while colouring. I started with the model's face because that's my favourite place to start and Clémentine Balcaen's is so beautiful. It was a nerve wracking thing to use that first pencil! I was also worried about the quality not being as good as my Prismacolors but they were incredible, DUH! So easy to blend, not a  massive amount of pressure needed for a strong result and so rich in pigment. Also, I didn't need to keep constantly sharpening them which is always heartbreaking when they break while doing that and in this case literally would feel like shaving down money! Anyway I worked from the face out completing little bits of background from the left to the right. I'd have to say the black part of the top was easiest to draw and the hair was by far the most difficult! That end section in the middle where it's lightly fading into the background but getting thicker towards the roots?! Aghhhhhh! It's weird, I was listening to a great BOF podcast while drawing that part, with Tim Blanks interviewing menswear Craig Green, so I feel equally relaxed (from the great interview) but frustrated (from the hair battle!) while looking at that particular part of the drawing. I can generally look back at most artworks I’ve done and remember what I was listening to at that moment...but I can’t remember my husband’s phone number after 16 years. So I figured out the whole piece took around 12hours of solid illustrating time. And I had the absolute best time. Having a bit of hindsight and perspective I feel like I’ve been avoiding painting for a while now. I think because my life has been feeling very much like limbo-land with my mum being sick, my retail job winding down due to the economy and a general sense of ‘time to grow up a bit’ I have been really reaching for something new to get that creative spark sparking. I think this is a fun path for now. I’m reluctant to say ‘it’s all pencils going forward!’ But I have visions of a series or an exhibition, anything to keep that good-drawing-feeling going. Stay tuned I guess! How to Care For Your Pippa McManus Scarf Of course we always recommend dry cleaning first and foremost but if the dry cleaner is closed, the kids are screaming or you just bought the most perfect shirt to match your scarf and you have a fabulous opportunity to wear it this new outfit tonight, I'm not going to stop you! Below are some tips and tricks from my personal experience of being an avid scarf wearer over many years and from the bottomless pit of internet How-To's. All of these techniques have been tried on a Pippa McManus scarf (sometimes a few times) and I have been super satisfied with the result. But if trying at home please do be careful as this is a delicate product and I want you to have your scarf forever!

How to wear your Pippa McManus Silk Scarf I would like to take this opportunity to say thank you to you all for your support this year! It hasn’t been the easiest thing getting back to painting after a one year break but I’m so glad I made that big scary leap and I’m happy to say I feel back to my best-self.
Mid-year I was lucky enough to have been invited to submit a piece to ‘Flower Child’ exhibition at my favourite international gallery Modern Eden in San Francisco, and received another invitation to submit two pieces for Beautiful Bizarre Magazine’s curated show Bitter/Sweet at 19 Karen Gallery in Queensland, Aus. I took a massive leap of faith and did something I always have wanted to do and painted a portrait for the Archibald Prize and Perth’s Black Swan Portrait Prize. My gorgeous and inspirational friend Poppy Lissiman was my subject. In September a painting of mine ended up on the news! The piece was for the hugely successful Praise You exhibition, which was curated by artist Alex Saba otherwise known as @Lusidart where proceeds went towards The Butterfly Foundation.
Last month I opened my first solo show in two years ‘How High The Moon’ at the wonderful Studio 281 Gallery. I’m still overwhelmed by the response to the non-flower-crown paintings! I have plans to shoot the remaining pieces in-situ so please stay tuned for that and in the meantime prints of the three hero pieces: ‘The Sun’, ‘The Moon’ and ‘The Stars’ are available for Christmas presents (which you can totally gift to yourself!) via the link below.
Personally, it was a great year for realising just how much my friends and family are there for me. The day after ‘How High The Moon’ opened I participated in Walk to Remember, a fundraiser that supports people living with dementia in WA. I received over 60 donations from loved ones totalling just over $5000. This is a cause close to my heart as my mother was diagnosed with Alzheimer’s disease two years ago and my father passed away from it in 2001.  I’ll continue to support Alzheimer’s WA and look forward to donating the proceeds from some artwork sales to that incredible organisation in 2018.
There have been many other amazing things that have happened this year, many wonderful supporters and some really exciting things on the horizon for next year (the website will be bursting with newness so stay tuned)!
Again, I’d like to thank you all for buying artwork, following, liking, commenting and getting to the end of this newsletter spiel. You’re all fabulous and I’m grateful for my ‘Lil Pips’.

PS. I'm including a FREE Xmas Card with every order placed before Friday 15 December.
That's the last day to place your order to ensure it gets to you before Xmas! 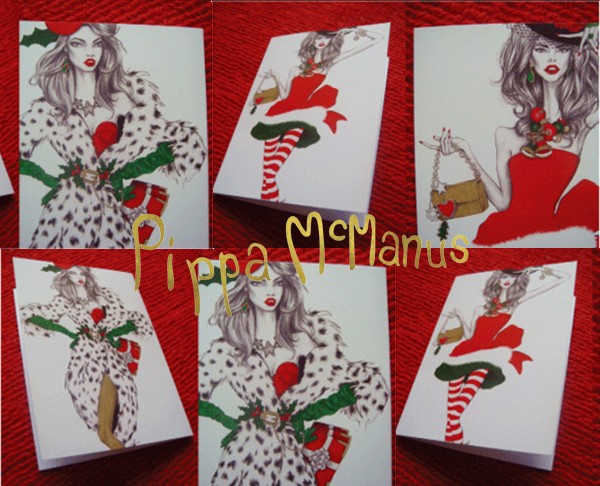 SHOP 'HOW HIGH THE MOON' PRINTS 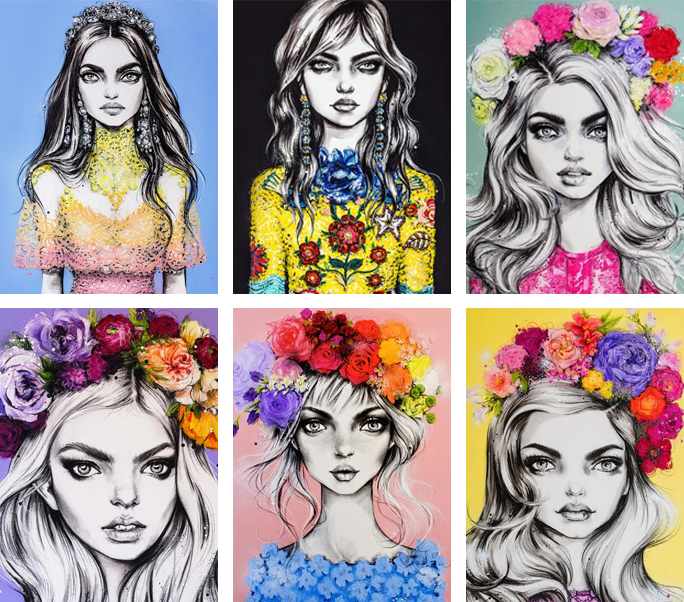